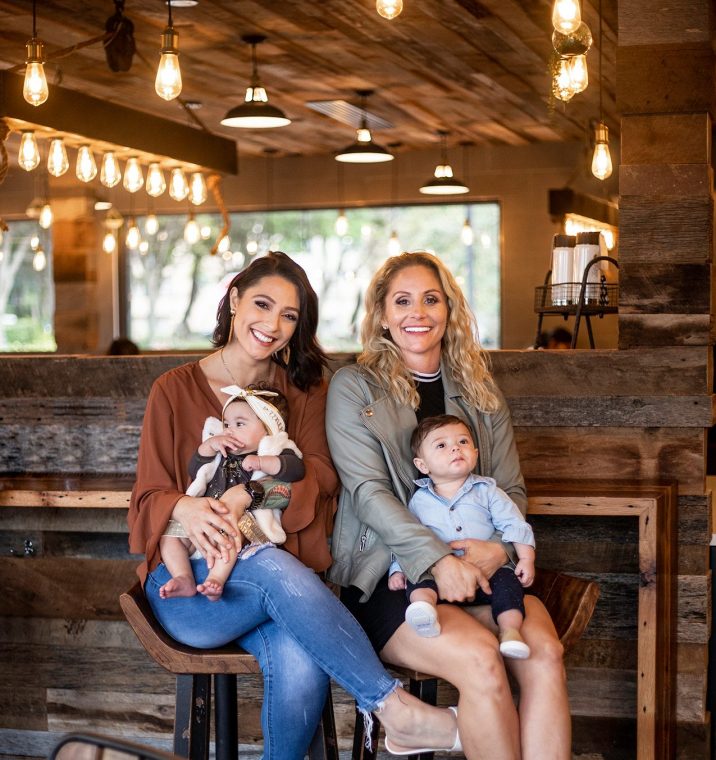 When Sondra Rae and Missy met through mutual friends in 2011, the instant connection was something neither could deny. It wasn’t long before the couple realized they wanted this relationship to be their last.

In 2015, Missy surprised Sondra Rae with a picture-perfect Disney World proposal. Sondra Rae, of course, said yes. They were married in late 2016 at Mission Inn in Clermont, which offered a European-themed vibe that the couple adored.

After a several years together, a fairy-tale wedding, an amazing honeymoon in Italy and spending parts of the next year traveling, these two were ready to start a family.

Sondra Rae and Missy both knew they wanted to be parents. Being a same-sex couple meant this would involve challenges and choices. They weren’t sure what their pathway to parenthood would look like, but one thing was clear: they were both committed to making it happen.

Ready to explore their options, the couple contacted Advanced Reproductive Specialists in Orlando to discuss fertility treatments such as IUI (intrauterine insemination) and IVF (in vitro fertilization). After much contemplation, Sondra Rae and Missy elected to try IUI. They decided that Sondra Rae would undergo the procedure.

After several months of medical tests, Sondra Rae got the all-clear to begin the IUI process. Her days were often filled with challenging yet exciting doctor visits, medications, shots and tests. She and Missy also needed to choose a sperm donor. They originally chose a donor from Fairfax Cyrobank in Virginia. Missy is from Fairfax, so they felt the choice had a meaningful connection. However, a blood test showed that Sondra Rae and the donor were incompatible, so the process of poring over multiple donor profiles began again. This time they, chose a donor from Seattle Sperm Bank.

When it was time for the IUI procedure. Sondra Rae felt excited and nervous. As always, Missy was supportive and encouraging. Following the procedure, the anxious couple waited two weeks for the results. Unfortunately, the procedure was unsuccessful. This was tough news, but Sondra Rae and Missy remained optimistic and decided to try a second round of IUI. Because of the failed first attempt, the fertility doctors adjusted the treatment plan. This time, the IUI procedure was a success.

In addition to a positive pregnancy test, the doctor also had some other news. Sondra Rae’s HCG (human chorionic gonadotropin) numbers were high, which can mean the mother is carrying twins. Although they knew the probability of twins was increased with IUI, Sondra Rae and Missy were still shocked when it was confirmed that they were indeed expecting twins. But Sondra Rae said that initial shock quickly turned to gratitude. They knew caring for twins would be challenging, but they felt so fortunate.

To prepare their beloved fur baby, Marlo, for the twins’ arrival, Sondra Rae and Missy hired Kim Bissing, a certified personal dog trainer with Beyond the Leash. Kim recommends beginning this process early to help make the transition easier on the family pet. Marlo learned verbal commands, such as “Leave it” (which instructs Marlo to ignore baby items such as dropped pacifiers or baby bottles) and “Easy” (which tells Marlo it’s OK to explore gently). Kim also recommended exposing Marlo to scents such as baby blankets and diapers. Finally, she instructed the couple to hold a life-like doll while playing audio clips of a baby crying to help Marlo become accustomed to sharing his mamas with the new babies.

On September 20, 2018, Sondra Rae was 33 weeks and 5 days pregnant. When she returned home from work that morning, she felt something was off. A scare in the second trimester had kept her on high alert. Half joking, she texted Missy that she felt like the babies were coming that day. In fact, Sondra Rae and Missy had just packed their hospital bags the night before. It turns out Sondra Rae was right; mother’s intuition is real!

The babies were born several hours later by emergency C-section at The Baby Place at AdventHealth for Women in Orlando. Siena was born first, and the delivery room was suddenly filled with the sweet and innocent cry of new life. However, when Leonardo was born, he was alarmingly silent. The pediatric team quickly started him on oxygen. To Sondra Rae and Missy’s relief, Leonardo’s cry soon followed.

Because the babies were premature, they were whisked off to AdventHealth for Children’s Neonatal Intensive Care Unit (NICU) with Missy following close behind. Sondra Rae felt alone and scared. Sensing her uneasiness, one of her doctors played a Jimmy Buffet tune, and a nurse illuminated a beach scene on the ceiling above her. As she laid in the delivery room, the uplifting sights and sounds of an island paradise gave her hope that everything was going to be okay.

Like all new parents, Sondra Rae and Missy spent the first few weeks trying to figure things out. When the twins initially came home, both parents would wake up at night to do feedings and diaper changes. Then they began to stagger the feedings so each baby would eat at a different time. Neither parent was getting much sleep, and they each began to experience severe fatigue. Eventually, Sondra Rae and Missy settled into a routine where they would rotate feeding and changing both babies while the other parent slept. They also used the Twin Z Pillow, which Sondra Rae says is a must-have. It’s a single pillow designed to angle both babies just the right way to be fed at the same time — a total game-changer! For this couple, working together to find solutions is one of their greatest strengths.

So how do the new parents split up the childrearing responsibilities? Sondra Rae laughed as she replied, “Missy says I have the mom sway.” If one of the twins is fussy, she snuggles the baby closely and sways. “Missy has the magic when it comes to burping the babies,” she says. Sondra Rae isn’t sure how, but Missy can get the babies to burp every time. Although each parent has a few specialties, for the most part, this couple splits their parenting duties 50/50, each respectful and supportive of the other.

Sondra Rae shared that even though she loves being a mother, it hasn’t always been easy. She struggled with postpartum depression, but Missy was quick to recognize this and step in to make sure Sondra Rae got the help she needed. She said that Missy has been there every step of the way, supporting her through the IUI process, pregnancy, childbirth and now in this wonderful new world of parenting that they are beyond ecstatic to share.

Visit sondrarae.com for YouTube videos, blog posts and more. Listen to Sondra Rae each weekday morning on Johnny’s House at 106.7 from 6 a.m.–10 a.m. or listen to podcasts at iHeartRadio. Follow Sondra Rae on Instagram @sondrarae. 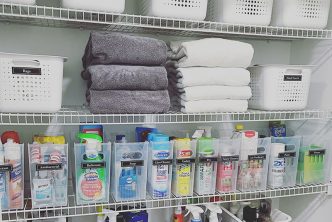 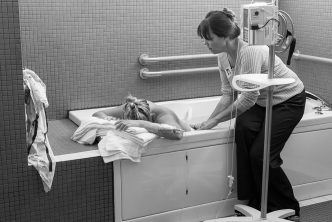 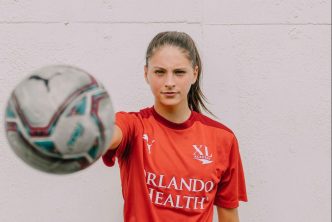 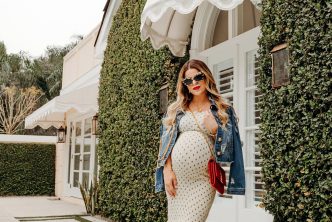