PLAY Review: Rise of the Resistance 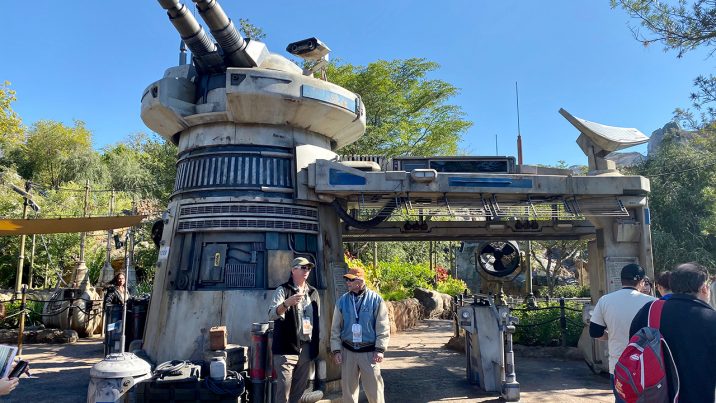 We were invited to a sneak peek at the new Rise of the Resistance ride at Disney’s Hollywood Studios in Florida … This ride opens inside Star Wars: Galaxy’s Edge on, December 5th, 2019, for all park guests.

Disney says this is there most ambitious, immersive, advanced, action-packed attraction they’ve ever created. I’d say that’s a fair assessment since they’ve essentially recreated a Star Wars movie for us to experience first hand.

Rise of the Resistance is unique to other rides in that there are several experiences you have while waiting in the line. There’s a blending of the queue, pre-shows and even a mini ride in a transport that create a seamless experience between the line and the ride that is full of cinematic details. So, you can enjoy the journey before you even get on the actual ride itself.

After waiting in a long hallway, you’re first put into a room where you get a holographic visit from Rey who gives you, the new Resistance recruits, a briefing on the battle between the First order and the Resistance. You must leave Batuu!

Then you are put on board a full-size I-TS transport shuttle that lifts off Batuu and blasts into space along with Poe and his X-wing starfighter, Black One. Before you can make the jump to light speed you’re captured by a Star Destroyer and pulled into a MASSIVE hangar bay filled with Stormtroopers — it’s really a sight to behold! You feel like you’re in the movie and actually on a Star Destroyer at this point. It’s your inner child’s dream come true.

Next you get imprisoned in a holding cell with a visit from Kylo Ren before someone from the Resistance breaks you out and you begin the main ride, which is an eight-passenger transport that takes you through many parts of the Star Destroyer while you try to escape. This is a cinematic experience as you feel like you’re really in the movie! My favorite parts were entering a hangar full of giant AT-AT walkers, scurrying past huge laser cannons, and a stumble into the Star Destroyer’s bridge for a run in with Kylo Ren.

Actors from the current Star Wars film trilogy reprise their roles for new scenes and dialogue throughout the Rise of the Resistance experience. Many scenes were filmed at the same time Star Wars: The Last Jedi and Star Wars: The Rise of Skywalker were in production. Also, Disney cast members adopt personalities of the First Order and Resistance troops to further deepen the immersive experience for guests. This must be the first time in Disney history when cast members are allowed to yell at park guests. hee-hee

Star Wars fans will not be disappointed and will literally feel like they’ve been transported into the film. I was able to attend during a media preview with minimal lines. If I were waiting in a queue, some of the hallways between experiences would be a little narrow for my comfort even though there are several breaks of open areas throughout. (At one point you even go back outside before entering the I-TS space ship.)

The minimum height requirement to ride Rise of the Resistance is 40″ tall. Children under age 7 years must be accompanied by a person age 14 years or older. There’s a sudden drop and a quick lift but the rest of the ride’s movements are pretty mellow. Riders only have to where a basic lap belt.

For me, this is probably my 2nd favorite Disney ride, after Avatar Flight of Passage at Animal Kingdom, but a “must-do” for all.

Heather Reneau is an Oviedo mom of two and a graphic designer/art director with a natural flair for writing. Her entrepreneurial spirit has led her down many business paths, including conceiving and producing PLAYGROUND Magazine back in 2007. It's her passion to celebrate local people and spread the word about quality family businesses, services and events in Orlando and beyond. 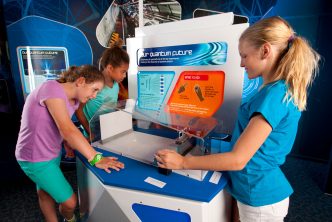 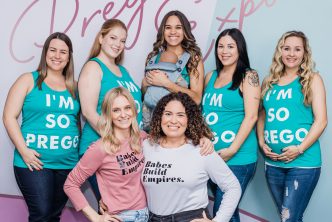 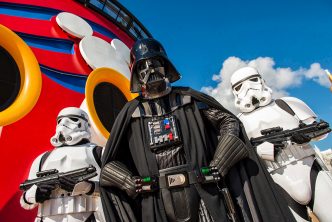 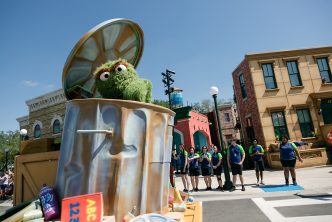