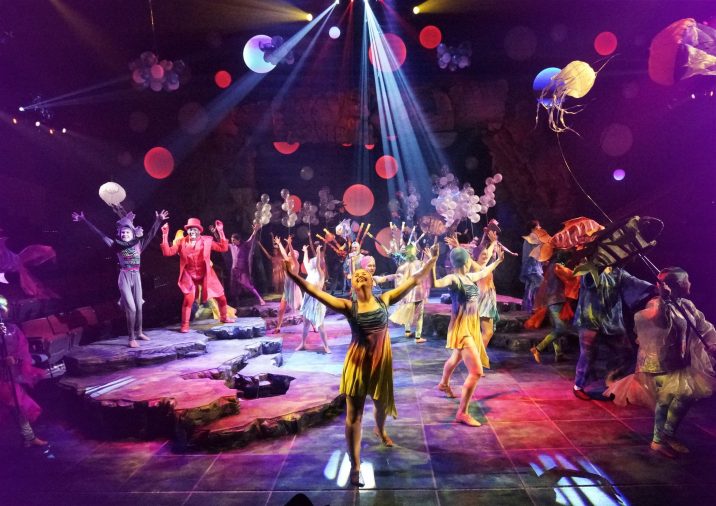 August 19-October 2, 2022
Dog Man: The Musical
Based on the worldwide bestselling series from Dav Pilkey, the creator of Captain Underpants. Best buds George and Harold have been creating comics for years, but now that they are in 5th grade, they figure it is time to level up and write a musical based on their favorite character, Dog Man, the crime-biting sensation who is part dog, part man, and ALL HERO!! How hard could it be? Find out in this epic musical adventure featuring the hilarity and heart of Dav Pilkey’s beloved characters with book and lyrics by Kevin Del Aguila and music by Brad Alexander.

September 12 – October 16, 2022
Locomotion
This show centers on an 11-year-old boy, nicknamed Locomotion for his high energy, who is struggling in foster care after the deaths of his parents; he discovers that poetry helps him express his feelings about that tragedy, his sister, and his new life. Multiple Newbery Honor and Coretta Scott King Award winning author Jacqueline Woodson adapts her 2006 novel to the stage, co-commissioned by Orlando Repertory Theatre and the John F. Kennedy Center for the Performing Arts.

October 7-9, 2022
Click Clack Moo
Farmer Brown’s granddaughter Jenny comes for a visit, and he declares the farm a tech-free zone. He takes her laptop in the cold barn with the shivering cows who use her computer to type messages requesting blankets. “No way,” replies Farmer Brown. “No blankets!” The cows go on strike and the chickens join them in solidarity. No blankets? No milk! No eggs! Will Farmer Brown give in to the animals’ demands? Will Jenny get her computer back? Find out in a hilariously moving musical about negotiation and compromise, based on the Caldecott Honor Book by Doreen Cronin and Betsy Lewin. Book by Billy Aronson, Lyrics by Kevin Del Aguila, and Music by Brad Alexander.

October 21 – 30, 2022
The FunikiJam Show: ROCK OR TREAT Halloween Fair
This is a dance-along, sing-along, play-along Halloween musical for children. Put on your favorite costumes and join Captain Jam and the Agents of Jam at the Halloween Fair for Special Mission ROCK OR TREAT! Have FUN, JAM and Celebrate Halloween Around the World!

November 14 – December 22, 2022
TRUE NORTH: A Magical New Holiday Musical
Step inside the world of a family who finds the holidays joyful—and challenging. Faced with the uncertainty of their father’s deployment, young Ben and his big sister’s already turbulent lives are shaken again. With a wish, a letter, and some unique seasonal help, the Patterson family discovers what just an ounce of belief can do. TRUE NORTH is a magical and insightful story about being authentic, accepting change, and holding an unwavering hope in the magic of Christmas. This is a world premiere production with a journey towards Broadway with book and lyrics by Holly Reed and music by Holly Reed and Kelvin Reed.

January 14 – 15, 2023
The Lightning Thief (TYA Edition)
Start 2023 on a high note- the top of Mount Olympus! Percy Jackson is about to be kicked out of boarding school. Again. And that is the least of his troubles. Lately, mythological monsters and the gods of Mount Olympus seem to be walking straight out of the pages of Percy’s Greek mythology textbook and into his life. Worse, he has angered a few of them. Zeus’s master lightning bolt has been stolen, and Percy is the prime suspect. Adapted from the book The Lightning Thief  by Rick Riordan. The musical’s book is by Joe Tracz and music, lyrics and orchestrations are by Rob Rokicki.

January 17 – 20, 2022
Pip-Squeak: An Anti-Bullying Magic Show
Award-winning magician and comedian Tony Brent returns to Orlando REP with a unique show safely addressing a prevalent issue in our children’s world today. Because of his small size as a child, Tony was bullied in the cafeteria, in the gymnasium, on the playground and generally anywhere there were no adults present. Now using comedy, amazing magic tricks, juggling and a coat-rack loaded with costumes, Tony gently and humorously teaches children how to cope with being bullied. In addition, children learn to recognize the signs of bullying and whether or not they too might be guilty of bullying.

January 30 – February 26, 2023
Luchadora!
Imagine the Chinese legend Hua Mulan set in the world of lucha libre—Mexican wrestling! When Vanessa discovers a pink lucha libre mask, Nana Lupita tells her granddaughter about the family’s history in the wrestling ring in 1960s Texas. The life of a secret female warrior emerges as Vanessa learns about family, honor, and friendship.

April 11 – May 14, 2023
Make Way For Ducklings
The professional season concludes with this adorable show based on the classic Caldecott Medal-winning book by Robert McCloskey. Mr. and Mrs. Mallard are exhausted from their search for a home when they land in the Boston Public Garden. Surprised by a few conditions in the Garden, the Mallards move on to continue their search until their baby ducklings are born. When the ducklings begin to explore the world around them, the challenges of parenthood are illuminated in this fun new musical that celebrates family, children, and the beings who make an unfamiliar place a home. 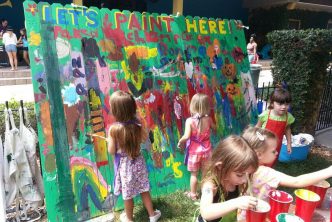 How to Kids Fringe 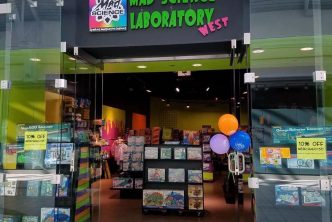