Don’t you just love birthday parties that pack a huge punch but don’t take months to plan and execute? For Sofia’s 10th birthday, it was all about the glitter and glam. One call to the Party ‘N’ Roll Glamour Bus and the party was in full swing. The Glamour Bus comes directly to your house or a location of your choice (such as a park). Sofia gathered 11 of her buds for an afternoon of primping, karaoke, photo bombing and video games.

Seriously, the girls are on the bus for an hour and a half and never get bored. They can move from station to station to get their hair and make-up done (chalk, braids, beads!) and nails painted. Or, they can sit in a massage chair, play video games, make a craft and sing karaoke. Plus, there’s a photo booth where they can do their best duckfaces and print out the photos for instant memories. That’s all included in the package. That price doesn’t include food, drinks or cake, but does include two glamour guides who staff the hair and make-up stations.

Parents need not be on the bus! Sofia’s party was a drop-off party, but if you want parents to attend, plan on having them in your house or outside of the bus. The bus is huge, but it gets a bit loud and crowded in there.

After the bus, the girls came inside for chicken nuggets, fruit salad and chips. Macaroons from Chez Jacqueline’s Bakery in Lake Mary and cake from 4 Rivers Smokehouse and Sweet Shoppe were served after dinner. The girls drank lemonade out of decorated mason jars. The décor was girly with an edge — lots of bright colors, boas, flowers and stripes.

After dinner, Sofia opened her presents. Older kids love to ooh and ahh over the presents the birthday child receives. Goodie bags included fun, girly erasers, candy and a gift card to Claire’s. Hint: To avoid spending a ton of cash on junk to fill goodie bags, consider a small gift card to places like Menchie’s, Justice or Claire’s.

Tracey C. Velt is a married mom of two children living in Heathrow. She's a UCF graduate and has been the editor-in-chief of regional and statewide magazines. In 2004, she start her own freelance writing and editing business, Tracey Velt Consulting. She's also a regular contributor of PLAYGROUND Magazine. 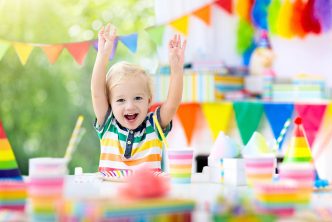 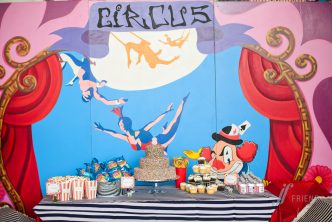 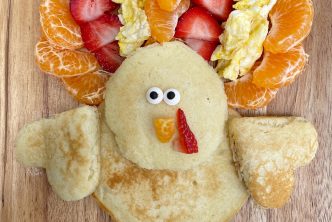 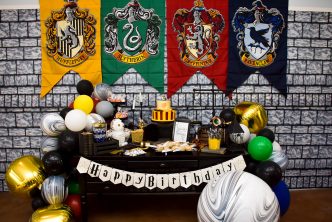