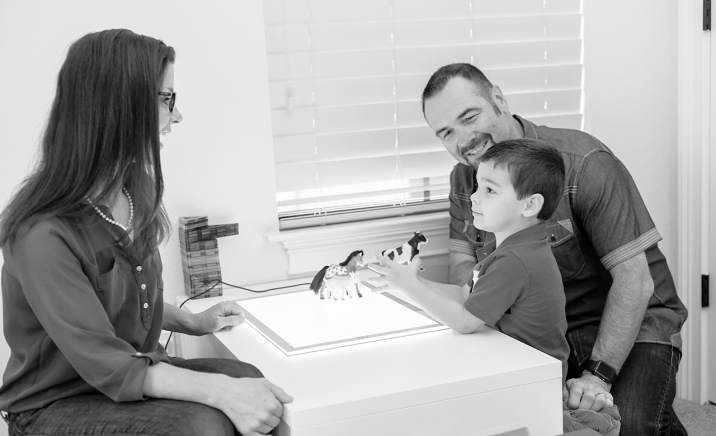 Early Intervention Is Key! Three Central Florida families share their stories, struggles and information about how they found help for their children.

At 18 months old, Barclay was like any other toddler. He was thriving and meeting all developmental milestones on time. Each morning, Barclay would wave and say, “Bye!” when his dad left for work. One morning, he thrilled us when he said, “Bye, Dada!” He was combining two words! But it would be a very long time before Barclay would speak a two-word phrase again. In fact, he would begin a speech regression that put our family on a course we never would have imagined. Eventually, Barclay was diagnosed with a severe language delay called childhood apraxia of speech. A year later, he was also diagnosed with profound attention deficit hyperactivity disorder (ADHD). When Barclay was 3 years old, mild autism spectrum disorder (ASD) became diagnosis number three.

So many well-intentioned friends and family members have asked how — and sometimes why — Barclay was diagnosed so early. He looks like a normal toddler — do you think maybe he’s just a late bloomer? Why not just wait and see if he catches up? Do you really want to label your son? Can doctors even correctly diagnose young toddlers with these types of developmental delays? Is there any real benefit to therapy at such a young age?

While trying to understand my son, I have learned that children like Barclay are in a race against time when it comes to maximizing the benefits of therapy. Early intervention is crucial.

What Is Early Intervention?

The term early intervention refers to services such as speech, occupational and physical therapy provided to babies and toddlers who have been diagnosed with or who are at risk of  developmental disabilities. Early intervention simply means being proactive and intervening early as opposed to taking a wait-and-see approach. According to the Centers for Disease Control and Prevention (CDC), developmental disabilities affect approximately 1 in 6 children between the ages of 3 and 17. Early intervention programs aim to identify these children prior to age 3 and provide services to them in a natural environment utilizing a family approach. Florida’s state-funded early intervention program is called Early Steps. There are no income requirements for Early Steps. Families may allow Early Steps access to insurance or Medicaid benefits, but there is never an expense for the family.

Barclay’s Story
Barclay is a cheerful and spirited 3-year-old boy. He has been in speech therapy, occupational therapy and behavior therapy since age 2. Despite his severe language delay, profound ADHD and mild ASD, Barclay continues to surprise his doctors and therapists and his family with how much he is learning. He loves the ABCs, counting and acting out nearly every scene of his favorite movies, the most beloved being Toy Story. Because of the quick action of his family, Barclay has been able to receive early intervention services, and it has made a huge impact on his success. He still has a long way to go, but according to his father, “He has already accomplished so much in a short time thanks to early diagnosis, early intervention and the hard work of Barclay’s team of therapists.”

Why Is Early Intervention So Important?

According to Lourdes Quitana, director of Central Florida Early Steps, more than 85 percent of brain development happens within the first three years of life. However, she says that more than 50 percent of the kids that Early Steps sees are late referrals. Due to delays in identifying their need for services, many children are aging out of early intervention services before receiving the maximum benefits that programs like Early Steps help provide. Bobbi Barber, co-founder of ABC for Autismand author of Autism, Adolescence and Adulthood, says the research shows that the brain displays the most plasticity and neural development before age 5. When it comes to the benefits of early intervention therapy, the younger the child, the greater the benefit. Unfortunately, the average age of children referred to Barber’s center is age 7. Amy Mahanna, an ESE pre-kindergarten teacher in Seminole County and the parent of a child with ADHD says, “As with most things, the earlier you can intervene, the better the outcome will be. Children who receive early intervention for developmental delays can often go on to blend in with their neurotypical peers and reach age-appropriate milestones. Even those children who require more intensive support show more progress with early intervention when compared to those who did not receive it.” 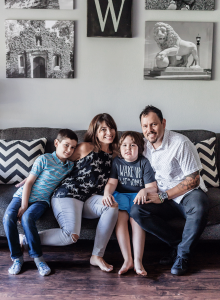 Colin’s Story
Colin’s mother describes him as a ray of sunshine who loves drawing, music and his goldendoodle, Luca. Colin and his twin brother, Jonah, were hitting all developmental milestones simultaneously when their mother, Deana, noticed something different about Colin. At around 16 months of age, unlike his twin brother, Colin wasn’t responding to his name and made repetitive motions. He was evaluated at age 2 by Early Steps and showed several signs of ASD. A neurologist later confirmed the ASD diagnosis. Colin began receiving services through Early Steps immediately and showed great progress. Colin is now 8 years old and attends ABC for Autism in Longwood, where he is thriving. Deana’s advice for any parent who is concerned their child might have a developmental delay is, “Act on it immediately. You are losing precious time. Go with your gut.”

How Would a Parent Know if Their Child Has a Developmental Delay?

Parent’s must know what milestones typically developing children meet and when. Quintana recommends following your pediatrician’s guidelines. Pediatricians monitor developmental milestones during well-child visits. However, parents can’t rely totally on their child’s pediatrician to catch a delay, especially early. “Parents must also monitor this at home using a checklist such as the Ages & Stages Questionnaire,” says Quintana. The ASQ-3 is the most widely used and researched developmental screening tool for monitoring developmental milestones. There are 21 intervals of questionnaires for children from 2 months to 60 months of age. It is designed to celebrate milestones as well as catch delays in communication, gross motor, fine motor, problem solving and personal-social skills. The ASQ-3 is easy to use and only takes about 15 minutes to complete and 3 minutes to score.

In addition to routine visits to the pediatrician and closely monitoring developmental milestones using a checklist tool, Barber also adds that observing how a child plays is a key component of identifying some developmental delays, especially disorders like ASD. She says, “Observe their social play — their interpersonal play. Is it stereotypical? Hard to interrupt? Children should be very responsive to their environment and interested in everything going on around them and seek out the attention of others. If not, that can be a red flag.”

Marcello’s Story
Marcello is an intelligent and competitive 9-year-old boy. His mother, Shirliene, says he puts 100 percent effort into everything he does, from soccer to playing the drums. But Marcello’s life could have turned out very differently had his mother not been the amazing advocate she is. As an infant, Marcello suffered from severe eczema, but Shirliene noticed other things too. He wasn’t responding to his name, and he wasn’t babbling. Marcello’s pediatrician attributed the developmental delays to distraction from the eczema, but Shirliene wasn’t so sure. She contacted Early Steps, and they brought Marcello in for an evaluation. By the end of the evaluation, Marcello was diagnosed with ASD. Shirliene went on to not only uncover every resource possible for her son, but ultimately ended up working for Early Steps as a family resource specialist. She now helps connect families like hers with the resources they need. Marcello’s dream is to play for Orlando City Soccer. Thanks to early intervention, Shirliene sees no obstacles in his way.

What Should Parents Do if They Are Concerned Their Child May Have a Developmental Delay?

No parent wants to hear their child may have a developmental delay. As a result, parents and even some pediatricians take a wait-and-see approach. Developmental pediatrician, Dr. Sandra Cely, says that early diagnosis and intervention can prevent later complications in learning, development and self-esteem. Barber says the first thing parents should do if they believe their child may have a developmental delay is seek out a developmental pediatrician like Dr. Cely. Another first step is to contact their local early intervention program. In Florida, that program is Early Steps. In addition, parents should reach out to private practice therapists. For example, if you are concerned your child may have a speech delay, contact a speech therapist. Julie Lashbrook, speech therapist and president of Central Florida Therapy, says her practice offers a low-cost screening that doesn’t require a physician’s referral. The screening is meant to determine if a child is a candidate for a more extensive evaluation in the areas of speech, occupational or physical therapy. 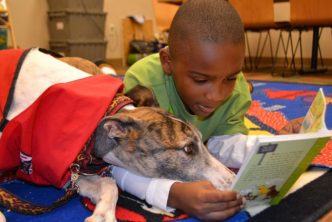 READing Paws Program at the Library 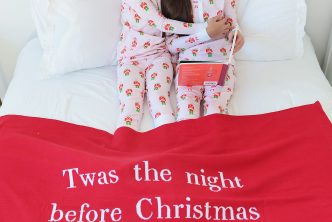 Kiddie Academy is Going All In for NAEYC Accreditation  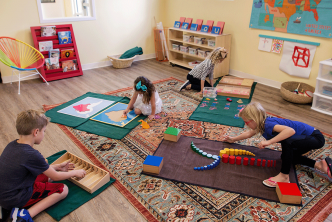