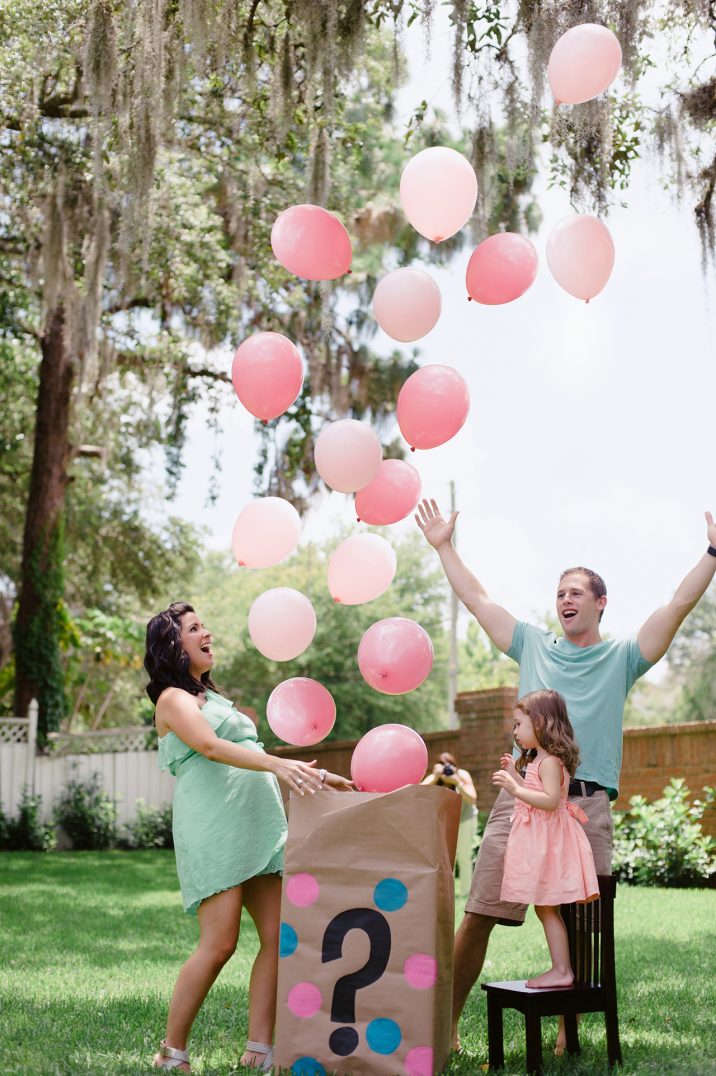 Share the excitement of finding out your baby’s gender by throwing a party!

The moment you find out the sex of your baby is magical. That’s why so many pregnant couples are sharing this special event with family and friends. Not to be mistaken for a baby shower, a gender reveal party does simply that: It reveals to family and friends, and many times to the couple themselves, whether it’s a boy or a girl.

For Melissa Holsapple, it was a different way to find out the sex. “With our first daughter, it was a surprise until she was born. The second time we wanted to do it differently, and the idea of a gender reveal party was right up my alley,” says Holsapple, who’s married to John and is mom to Mia (3) and Kayla (6 months).

Here’s how she did it:

1. Pick a theme. Luckily for Holsapple, she has a cousin in the event-planning business. “She took the reins, but I didn’t let her know the gender,” she says. “I didn’t want my cousin knowing before I did,” she laughs. Holsapple already had a theme of a chevron pattern mixed with bows and mustaches in mind and relayed that information to the event planner. She also decided to keep the party to about 30 people and hold it at her brother’s house in Oviedo rather than at a restaurant. Holsapple was about 29 weeks along when they had the party.

2. Keep it a secret. For Holsapple, it was important to keep everyone in the dark about whether she was having a girl or a boy. She had the nurses at her OB’s office print out multiple copies of her sonogram labeled with the sex and seal that information in envelopes. “I had five sealed envelopes that were given to different vendors so that they could fill the box, or make the cake filling in the appropriate color,” says Holsapple.

“The emotion was greater not knowing the gender of the baby when planning the party. The anticipation was high. Even our photographer didn’t know!”

3. Budget carefully. The cost of a gender reveal party can be unlimited, depending on how elaborate you get and how many people you invite. Holsapple estimates that she spent about $1,500 on her party, which included rented tables and chairs, finger foods, cake and decorations. She also hired a photographer to capture the special moment when she and her husband revealed the baby’s sex. “We were learning the sex at the same time as everyone at the party, so the photographer was able to capture very authentic shots of us learning we were having another girl,” she says.

4. Give them something to do. Holsapple’s cousin planned a few activities for the party. The first was a giant chalkboard where partygoers could vote whether they thought the baby would be a boy or a girl. “Once they voted, they received a little ‘I voted’ sticker,” she says. Then, once the gender was revealed, she put all of the names of the people who voted correctly into a hat and drew a winner. That person received a prize.

Another activity was a corkboard with blank notecards, envelopes and pencils. “Since we were expecting our second child, people weren’t expected to bring gifts. My cousin thought this would be a good way to gift us with time or meals,” she says. Partygoers would write on the notecard a service they could offer, such as one hour of babysitting, one day of house cleaning or a meal after the baby was born. “I had no idea that my cousin was planning this, and it was a nice added touch,” says Holsapple.

If you’re having your first child, Holsapple recommends you do a separate baby shower. “A gender reveal party is not meant to replace a baby shower.”

5. Plan the food. Holsapple wanted a casual vibe at the party, so she chose to do finger foods and appetizers instead of dinner. But the big showstopper was the cake, which was filled with pink frosting since Holsapple was having a girl.

6. Make a splash with the reveal. The Holsapples wanted to include daughter Mia in the festivities, so they chose a reveal that allowed Mia to participate. “We had a vendor hide balloons (in either pink or blue) in a large cardboard box. When it was time to reveal the sex, we opened the box, and the pink balloons floated out,” she says. “Mia was so excited. She said she wanted a baby sister.”

Whatever you do, make it fun and interactive, says Holsapple. “Above all, don’t stress yourself out with the planning. If you can, have a family member help you so you can enjoy this special time.”

One thing I would do differently is I would have had the party earlier in my pregnancy. My sonogram was at 20 weeks, and we had to wait another nine weeks to find out the sex.

More Ideas for Announcing the Gender
While the Holsapple family chose to reveal the gender by having a balloon release, there are other ways to let the party know whether you’re having a boy or girl. Here are a few:

Tracey C. Velt is a married mom of two children living in Heathrow. She's a UCF graduate and has been the editor-in-chief of regional and statewide magazines. In 2004, she start her own freelance writing and editing business, Tracey Velt Consulting. She's also a regular contributor of PLAYGROUND Magazine. 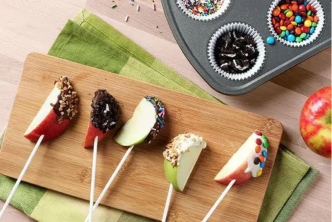 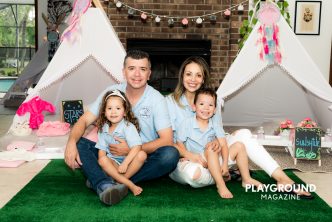 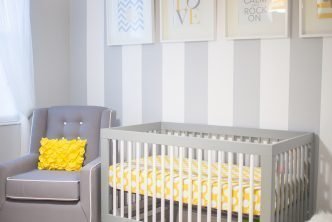