Breaking news: Motherhood is hard. The local news personality keeps it real about her postpartum journey.

If you live in Central Florida, you probably recognize Karla Ray. The 35-year-old has been gracing local television screens since she moved to the area in 2012. While she’s most widely known for her work as a hard-hitting investigative reporter and weekend anchor for WFTV Channel 9 News, she’s recently added another title to her resume: Mom.

Like many new mothers, it’s a moniker she’s still getting used to — and Karla admits that she wasn’t always sure parenthood was in the cards for her. “It was something my husband always knew he wanted,” she explains. “It took a little more time for me to get there. I always knew we had career and personal goals we wanted to reach first.”

Ever since interning at a local news station when she was in college at the University of South Dakota, this Iowa native knew her future was in journalism. After starting her career in the Black Hills region covering everything from the Badlands to Mount Rushmore, Karla eventually landed at a station in Fort Myers.
At that gig, she met her now husband, Brandon Williams. The couple eventually moved to Orlando, where they both work in local news (Brandon is currently a managing editor at News 13).

“Thankfully, when we did decide to start a family, I had a textbook pregnancy and delivery,” Karla says. “But I really wasn’t prepared for what happened next.” Soon after welcoming her son, Cayman James Williams, in October 2021, Karla was suddenly overwhelmed with anxiety. “I had trouble sleeping and terrible separation anxiety, even when I knew he was being cared for by my husband,” she recalls. “It was a really dark period of time.”

Oppressive worries and thoughts weighed on Karla. With the help of her doctor and friends and open dialogue about her struggles, she began to see the light after the fourth trimester and is continuing to feel this heaviness lift with each passing day. “My doctor suggested doing small things away from the baby to help. Going back to the gym and running a few errands alone have helped,” she says.

Her transparency about her mental state on social media was a far cry from the sugar-coated version of post-partum many other new parents often feel pressure to put forward — and it was one of the best things Karla could’ve done for herself: “I’ve always been very honest about what I’m going through, so when I shared my experience with anxiety on social media, I was blown away by the responses and the solidarity I received from fellow moms,” she says. “It’s something that’s not talked about as much as it should be. I had viewers who are now in their seventies say they went through the same thing, but at the time, it was taboo. I really feel like the narrative surrounding post-partum needs to change. I felt blindsided.”

With her investigative reporter instincts, motherhood also opened up her eyes to the realities parents face when navigating childcare. “It’s hard, especially with Covid, to find reliable care. Daycares and schools have a shortage of caregivers, and for many in our community, it’s not feasible to work with a nanny,” she explains. “It makes me wonder how much of the ‘Great Resignation’ is tied to childcare.”

Karla returned to work just before Cayman turned 4 months old, which was an adjustment to say the least. No longer were her days solely revolving around nap and feeding schedules. “You can’t just go back like nothing happened. It completely changes who you are,” she explains. “I just spent three months with a baby 24/7, so it takes a bit to switch your brain.” Fortunately, she has a group of current and former news colleagues who are all journeying through motherhood together, so she has their support along with all her loyal viewers cheering her on.

“There really is a sisterhood of motherhood,” says Karla. “I would be lost without that support.”

Items this new mama can’t get enough of…

Infantino Swing
“We seem to have a swing or rocker in every room, but none he likes more than this one! It can move in two different directions and keeps him entertained.”

Infantino Swing
“I LOVE babywearing! I wear Cayman every day in the Wrapsody, and he goes right to sleep. It helps me be hands-free to get things done and allows me to get in a nice long walk outside.”

Spectra Pump
“I’m an exclusive pumper, and this brand is quiet enough for overnight pumping and at work. Even better, it was covered by insurance.”

Lovevery Montessori Toy Subscription Box
“We just got our first box. Cayman loves everything so far! I love that the toys are focused on development and milestones.”

Maddy Zollo Rusbosin is writer, editor and stylist living the downtown life in Thornton Park. She's a new mom thanks to her sweet baby daughter, Jackie, and loves writing about her adventures in motherhood for PLAYGROUND. The Winter Park native spent almost a decade in New York working as a beauty editor before returning to The Sunshine State. Check out her other work at maddyzollo.com. 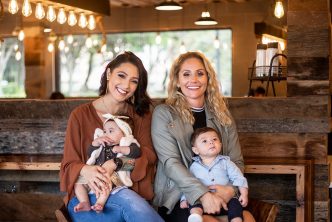 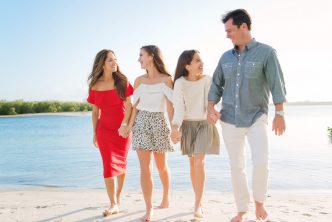 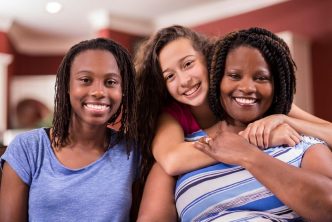 5 Things To Know About Fostering 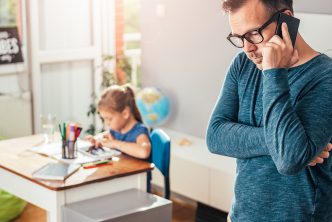 How to Approach the Gun Safety Conversation 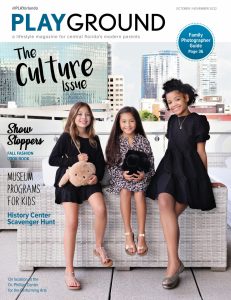