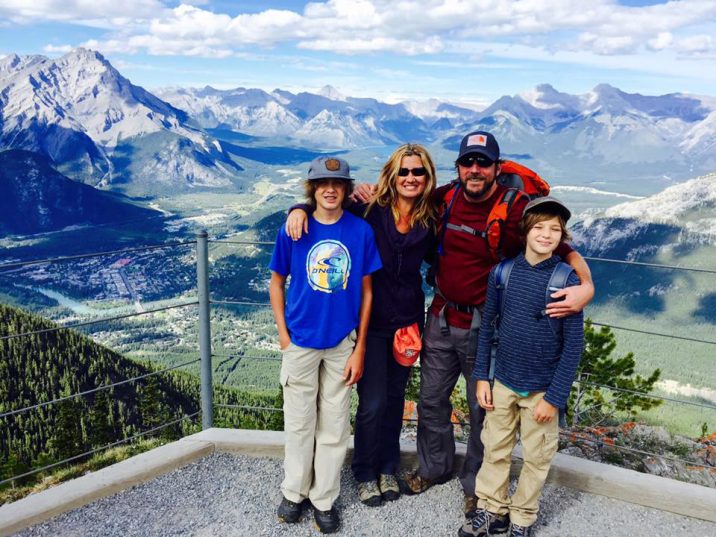 The Jennings clan welcomes exploration. My husband, Kevin, and I have been on the voyage of marriage for 16 years. We have two curious young men, Noah Samuel (15) and Sawyer Finn (11), who count the days until our next adventure. After all, they’ve been traveling since birth in planes, trains, automobiles and campers.

As a family, we have been to 57 national parks in the United States. We are park junkies and have the stamped passport and patches to prove it. Alberta, Canada, was the 2016 summer destination winner. After Noah showed us a photograph of Moraine Lake in Banff National Park, we were all sold on the location. We planned the tour ourselves about a month in advance. As a summer vacation destination, Alberta may not leap immediately to mind, but this western province is truly Canada’s hidden star. From the shimmering waters of glacier lakes and mountaintops of the Rockies to the grasslands of the prairies or the desert-like Canadian Badlands, Alberta’s landscape is diverse and picturesque.

To score good deals on flights, my husband uses Google Flights and signs up for alerts. This tool provides daily price fluctuation in one dashboard. To prevent being overwhelmed from the overabundance of online information, I called a local visitor center. Initially, we wanted to stay in the heart of Banff National Park, but the visitor center representative recommended we stay in Canmore, the next town over. It was about 24 miles from Banff National Park, but it saved us from crowds and traffic. We caught a good karma break through a cancellation at the Falcon Crest resort. What made this place perfect was the exquisite view, full kitchen, hot tubs, private bedroom for mom and dad and the on-site Pho restaurant. You can’t go wrong with any place you choose in Canmore, so check out the directory for other options.

My family loves to eat, so we take a blended approach to indulging when we travel. We have one golden rule: No chain restaurants found at home. We sizzled breakfast ourselves every morning at the lodge. It was easy, cheap and just as tasty as any diner. With our lengthy itinerary, dining out for three meals every day was not a sensible option. On hiking days, we packed our lunches. Picnicking was one of the highlights of this trip — after all, how often can Floridians picnic on the side of a mountain? We also chose to treat ourselves by dining out on several occasions.

Check out the places we discovered:

Hiking // In Canmore alone, there are hundreds of miles of trails. The entire area is a hiker’s nirvana. Our favorite trails were Ha Ling Peak, Grassi Lakes and Grotto Canyon. Ha Ling Peak is a difficult hike, but the view of the alpine meadow carpeted with wildflowers provided a breathtaking picnic stop. Grassi Lakes is more popular and offers both an easy and difficult route. Either way, it is an uphill hike, but the jewel-toned lakes and waterfall are gorgeous. Grotto Canyon offers climbing, and the trail has the largest stacked rock garden we’ve ever seen. We took several more hikes located closer to Banff National Park, including a hike at Sulfur Mountain on my husband’s 40th birthday. We rewarded ourselves by taking the Banff Gondola down. Lake Louise and Moraine Lake in Banff National Park were the center of our trip’s universe. Take advantage of the trails around these brilliant lakes. Finally, Johnson Canyon was a gem and an easy family hike. The photography options on this jaunt are stellar. We hiked over 50 miles during our stay and have the worn boots to prove it.

Whitewater Rafting //  Whitewater rafting is a rite of passage in the Canadian Rockies. Our boys chose Bow River Horse Shoe Canyon, and it was perfect! This run had cliff jumping and several thrilling rapids. We used the Canadian Rockies Adventure Centre to book, which I highly recommend. They even gifted us a free photo package.

Calgary // We spent the last two days of our trip in Calgary. The highlight was riding the Skyline Luge at Olympic Park. This fast-paced family experience is a must-do. Tracks like this are built for Winter Olympic runs around the world. We also took a two-hour excursion to Dinosaur Provincial Park, also known as the Canadian Badlands. It was like stepping back in time! The park is known for being one of the richest dinosaur fossil locales in the world.

Alberta is the fourth largest province and home to some of the Canada’s most spectacular scenery. Temperatures during the summer typically range from 60°F to 73°F, so grab your boots and layered clothing and get on some happy trails with your family.

Diane Jennings is a Lake Helen mom and an executive partner in client success for IBM. When she’s not traveling with her family, you’ll find her driving her two boys everywhere, volunteering in Take Stock in Children mentoring program, kayaking, ballroom dancing, going on date nights with her husband, gathering with friends and planning the family’s next getaway. 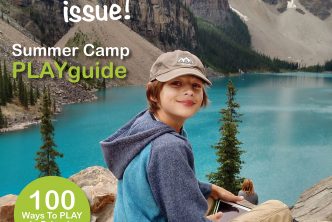 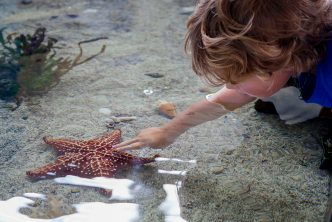 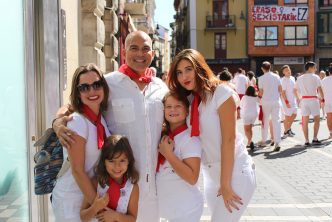 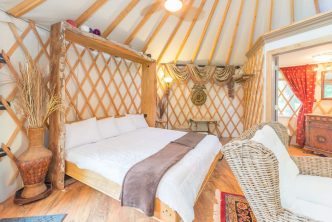